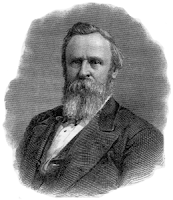 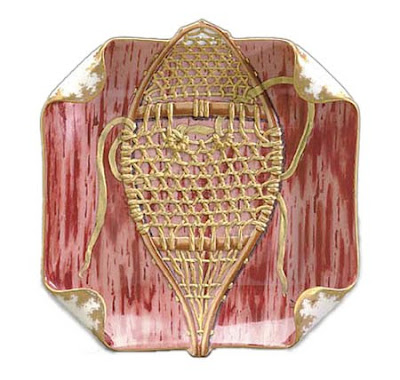 I recently encountered this fabulous ice cream plate in the collection of the White House dishes at the Concord Museum in Concord, Massachusetts. I was actually at the museum – which is in Emerson’s old home – to see the Thoreau Collection, his desk, snowshoes, pencils, and all. This plate is from the White House of Rutherford B. Hayes (1877-81). Despite its remarkable tackiness, it is conceptually beautiful. With a curling birch bark background, it showcases a native, handcrafted snowshoe, like the one I had just seen around the corner in the Thoreau room. Imagine eating vanilla ice cream in this dish, with the scoops of it melting down onto the surface of the plate like a fresh layer of snow. As you eat, the snowshoe slowly appears, with small pools of melted ice cream in between the twisted ropes – as if you had just taken a step.

I have a special fondness for conceptual pottery; there is just something wonderful about the combination of function and conceptual ideas and activities – of use and play. Here are a few ideas from my journal. I want to collaborate with cafés and have them use these ceramic pieces for a few weeks as an “exhibit” of sorts. How about a tic-tac-toe tea set? Customers would receive their drinks in cups with either an “X” or “O” embossed in the bottom of the interior. And then on a table or counter in the café there would be a tic-tac-toe board sized so that the customers would pick a square to place their cup/game-piece in when they are done drinking. They wouldn’t know if they got an “X” or an “O” until they finished their drink. Depending on the order customers finish their drinks in, someone would eventually complete a winning row of three. The cups would be washed and the game would begin again. Maybe the winner each time gets a free drink coupon?

Here’s another. How about a joke or riddle around the rim of a cup or bowl and the answer on the bottom of the inside, so one can ponder the answer while drinking and it is revealed at the end? Or how about an arrow hiding at the bottom and after your last sip, you are supposed to go introduce yourself to the person in the café it points to most closely? A cup that builds community – fancy that! Or how about a set of three teacups, with one having a symbol of an oxygen atom inside, and the other two having symbols of hydrogen atoms. As three people drink tea together out of these cups – perhaps with a teapot in the shape of a cloud or faucet – they create a water molecule.

Thanks for the comment, Ryan. It reminded me of this cool fortune telling teacup I have. This was made in England, but I’m not sure exactly how old it is. I found it on eBay. Around the inside of the rim it says, “many curious things I see when telling fortunes in your tea.” Fortunes are read by interpreting the symbols that the tea leaves fall on when the liquid is emptied. 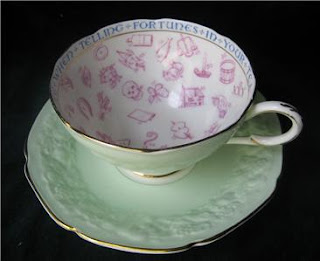 Lea Redmond is always looking for the poem hiding inside things: a salt shaker, a clothes tag, a hand gesture, a cloud. She is infinitely intrigued by the way experiences can slip from the ordinary to the extraordinary and she endeavors to design things that hold this possibility. Leafcutter Designs, her creative studio in Berkeley, CA, makes the world more playful and peaceful one little experience at a time.

All Posts by Category

Leafcutter Designs is a creative studio based in Berkeley, CA.Visit our online shop and promo & custom pages to learn more about how we make the world more playful.